Skip to main content
The History of Beacon Cycling and Fitness

Ted Rovins founded our company in 1930 as Beacon Auto Stores. The original store was located in Bridgeton, New Jersey and satellite stores soon followed. Bicycles were carried as a sideline to automotive parts and accessories. Traditionally, bikes were a big Christmas season item and the chain sold mostly family and modestly priced models for many years.

In the 1970,s during the “Bike Boom”, Beacon began to sell high-end models and components. At that time, full service shops were implemented and the stores took on the appearance of full sales and service bicycle dealers.

In the early 1980’s Mitch Rovins entered the family business and began “Beacon Bicycle Pro Shop, which catered to road enthusiasts and BMX riders. Mitch’s first shop was a mile from the Egg Harbor Township; New Jersey BMX Racing Track and his business thrived as a result. He sponsored both Road and BMX racing teams. As a result he developed a large following of loyal customers. Beacon moved to Tilton Road in Northfield in 1982 and entered its greatest growth phase. Its present multi- department (bike & fitness) location, is over 16,000 square feet. It provides warehousing for an additional location and serves as the company headquarters.

The Vineland, NJ location consolidated the Cumberland County stores in 1987 and was remodeled after a fire and operated until 2008 when the building was purchased by T&F Camera. Other branch stores included Toms River, added in 1991 and operating until 2007 and Howell, NJ, in 1998. Howell was moved to a location in Freehold on Route 9 South and was upgraded to include more clothing, helmets, accessories and triathlete's equipment and supplies. The Freehold shop was closed at the conclusion of 2016.

The present staff at  Beacon Cycling is well-trained and consists of mature professionals. They are supplemented by experienced part-time employees who return every year for the busy spring and summer seasons. The development of superior customer service and exciting sales presentation are the hallmarks of our mission statement. The results are the numerous vendor awards and bicycle industry recognition as a “Perpetual winner of the Top 100 USA Bicycle dealers” and most recently the "Bicycle Retailer & Industry News" Top 100 Bicycle Retailers placing Beacon Cycling and Fitness in the top 100 American Bicycle dealers,and in 2009 was voted the "Best Family Bike Shop".

Email Us For More Information

A Legacy of Service 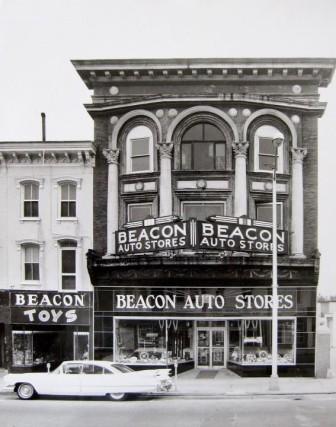